Are you in currently in Costa Rica, or planning to go there? Maybe you want to enjoy the nightlife, or take a glass or two with friends, family or colleagues while on vacation there? Then you have to be careful of what you consume.

Costa Rica, central American country, which is popular with American tourists, issues National Health Alert after tainted alcohol kills 25 People. The Costa Rican Health Ministry confirmed that 25 people have died from consuming alcohol that was tainted with methanol since early June 2019. The investigation is ongoing. The agency said in a press release that of the 59 people hospitalized for ingesting tainted alcohol, 25 have died. It also noted that the dead include 19 men and six women between the ages of 32 and 72.

Of those who died from the alcohol 18 were Costa Ricans, one was from Nicaragua, and the latest victim has not yet been identified.

Action is being taken

In response, The Ministry of Health said they closed 10 supermarkets and other places in the country’s capital, San José, and in the city of Alajuela, that sold the tainted alcohol. And seized more than 55,000 containers of alcohol it said were laced with methanol, a colorless, poisonous alcohol found in antifreeze. The World Health Organization notes on their website that methanol poisoning is a “relatively common form of mass poisoning” and that methanol may be added to informally-produced alcohol as a means to boost alcohol content or increase profit margins.

Specific brands of alcohol is tainted

Brands being confiscated in Costa Rica include Aguardiente Barón Rojo, Guaro Montano, Aguardiente Estrella, Guaro Gran Apache, Aguardiente Timbuka, and Molotov Aguardiente, according to The Tico Times. However, the health ministry says that several of the brands can be legally sold in Costa Rica, meaning that counterfeit products are circulating in the country.

The Costa Rican Health Ministry asks people to avoid consuming or purchasing the brands listed above and to reach out to the ministry at denuncias.drpis@misalud.go.cr if you experience symptoms like acute abdominal pain, acute headache, and a loss of physical coordination. 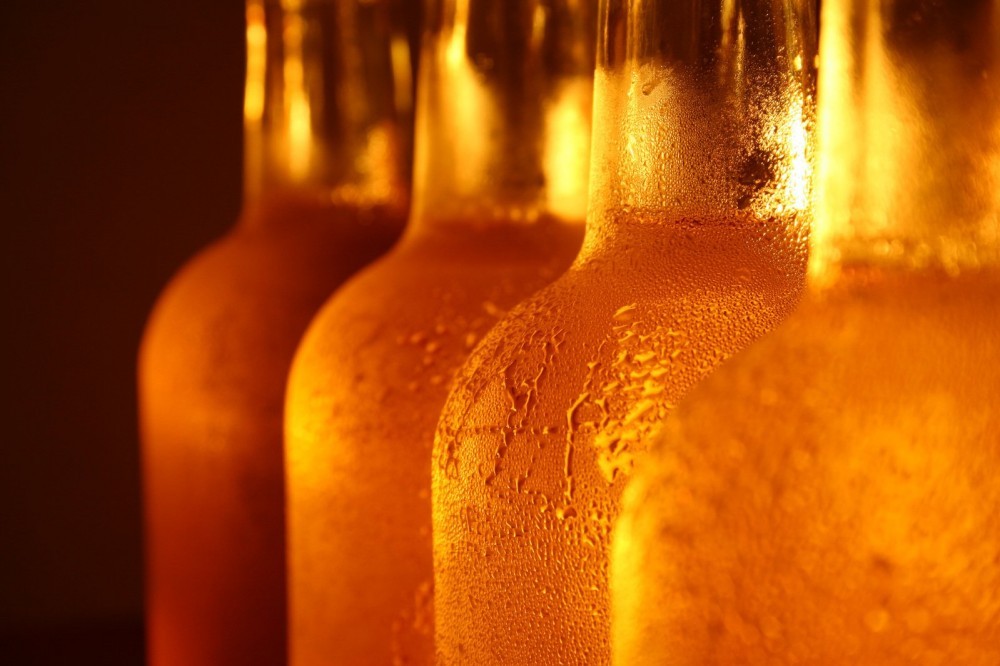 The facts and how to avoid it

What is counterfeit alcohol?

What is often used as a catch-all term for unregulated booze is actually a fraudulent imitation of a legitimate product through tampering or refilling it with toxic forms of alcohol such as methanol (wood-distilled) or ethanol (grain-distilled).

Other forms of unregulated alcohol can include:

Informal: Local artisanal or home-brewed beverages, which may or may not be regulated

Contraband: Liquor smuggled across the border to avoid taxes and tariffs

Non-conforming: Beverages made by manufacturers who do not adhere to accepted bottling or labeling procedures, including products made with ethyl alcohol, or other solvents that make it unsuitable for human consumption

Tax leakage: Legally produced beverages for which taxes were not paid

Surrogate: Liquids not intended for drinking but consumed anyway; may be legal for non-recreational uses

Which countries have issues with tainted alcohol?

The International Alliance for Responsible Drinking pointed to at least 25 nations in a June 2018 study. The group consists of 11 major alcoholic beverage manufacturers including Anheuser Busch, Heineken and Molson Coors, and they want unregulated alcohol brought under greater governmental control.

In Costa Rica, illicit alcohol makes up 19% of total sales. It’s even higher in Mexico (34%) and in the Dominican Republic (29%), where several U.S. tourists were said to have been sickened or died after drinking from the minibars in their rooms.

Last week, the Dominican Republic’s Ministry of Tourism announced it would be ramping up safety protocols, including new rules for hotels’ handling of food and alcohol and greater transparency about their food and beverage suppliers.

In all, Central and South America accounted for more than half the countries on the list along with seven African countries (where the numbers ranged from 23% in South Africa to 61% in Uganda). Two Eastern European countries were also cited: Russia (38%) and the Czech Republic (7%).

How can I avoid it?

Don’t buy bargain bin liquor: If you’ve never heard of the label or the price sounds too good to believe, there’s a good chance the booze is likely counterfeit, says the Overseas Security Advisory Council, a joint effort between the State Department and private sector groups dedicated to studying security threats against U.S. interests overseas. The group says such beverages may be watered down with jet fuel, antifreeze or other chemicals that are toxic to humans.

Read the packaging: “Look out for poor quality labeling, including spelling mistakes and tampered bottles,” the Wine and Spirits Wholesalers of America, an industry trade group, recommends.

Avoid home brews: Trying bootlegged local booze may sound like an adventure or the fodder of future drinking stories but it could well land you in the hospital or the morgue. OSAC points to cases in Uttar Pradesh India, where 31 people died and 160 were hospitalized after drinking home brew laced with methyl alcohol.

Make sure you know what you consume wherever you travel. Are you in Costa Rica for the moment? If you want to read about what Costa Rica has to offer, follow this link: Costa Rica Travel Guide.

Have you, or someone you know experienced metanhol poisoning? Leave a comment below.